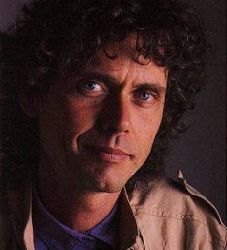 I knew from the age of seven that I wanted to be an artist. I was never without a pencil or a crayon, and I drew incessantly.  I was fortunate enough to grow up in Washington D.C., and my mother, recognizing my interest, would often take me to the National Museum and the Smithsonian. The great art treasures that I saw there spoke to the core of my being. One day I was standing entranced before a painting by Velasquez, and I said to my mother, “I wish I could paint like that.” She replied, “Andrew, if you work hard, you can paint like that.” Her words have inspired my life, and I am still apprenticing myself to the "Old Masters."

Since the age of 14, I have been oil painting, and I feel I have lived the most fortunate of lives. I have been able to spend my time doing what I love best in the world.

The guiding principle of my art is beauty. I want my paintings to open the heart, lift the emotions, and inspire the spirit. I feel that my art derives from the classic tradition of European art. I do not consciously use any particular subject matter, though there are broad themes that permeate my work. Much of my artistic life was spent in Hawaii, where I developed a profound love for the marine environment. Other main themes have been the allegorical, ancient civilizations and nature in general.

Perhaps the most important quality that I aspire to, and which when successfully achieved raises a painting above the ordinary, is that subtle thing we call atmosphere. The soft haze in the distance; the bright reflection, the subtly blended skin tones and play of light and soft shadow that delineate every plane and curve and hollow of a face to produce a stunning illusion of actual three dimensional substance and weight and heft.  These are the things I strive for.

A recent major work is a six foot by five foot coastline seascape called “Misty Cove.”  The subject attracted me largely because of the challenge of painting the huge variety of different ways that water can appear; with and without shadows and reflections, rough, smooth, distant and close, and everything from ocean waves to foam breaking on the shore. It also fits in with my current emphasis on scenes of nature, and my ambition to produce work that can stand beside the great landscape painters of history.

I continue to set myself ever more challenging goals, in pursuit of which I can be found at the easel almost every day, doing what I love to do best of all.

Became involved in sales to private collectors from late 60's through 70's.

Featured in all Washington artist exhibit at Frye Museum in Seattle.

Continued to evolve art to more professional levels. Immersed himself in nature, painted many works directly from nature, and was further inspired from journeys to Mexico, arid British Columbia.

Journeys to Nepal, Bali, Asia inspired Asian influence in his work. During this time Andrew connected with serious collectors in Japan who were interested in his art. Also at this time. Andrew was also commissioned by an American documentary film-maker working in Nepal to paint a portrait of a young Tibetan spiritual master called a Tolku, named Ossian. The Tolku was subsequently part of a television program to be aired throughout America on PBS.

Featured in one-man and group shows in the Center Art Gallery, in Maui, Hawaii.

Featured in One man show in Newport North Gallery in Newport Beach, California.

A journey to Egypt inspired a major work of art "Egyptian Enigma."

Represented by Seaside Gallery in Lahaina and William Daniel Fine Arts in Palm Springs.  Several paintings, including Egyptian Enigma were included in a Time Travel Tunnel sequence in the 3D Imax Film, "T-Rex".